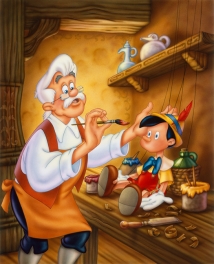 Phil is an award-winning, internationally-published, Pittsburgh based illustrator with 54+ years of professional experience in the animation and illustration fields. As co-owner of Allan & Wilson Animation Studio, he created award-winning animation for two half-hour TV specials , "Allison and the Magic Bubble",airing on HBO, and "A Star For Jeremy", airing on Showtime cable, which was the bronze medal winner in the 1983 New York International Television and Film Festival. Phil also contributed animation for the hit music video "Runnin' Down a Dream" for singer Tom Petty, which was chosen by Rolling Stone Magazine as one of the 5 best music videos for 1989. He animated on several TV commercials, most noteably the national TV spot introducing Heinz Barbecue Sauce. He contributed both animation and all of the animation backgrounds for the feature film "Creepshow 2" and also contributed animation background work for the original feature "Creepshow" by George Romero and Stephen King, and most recently, completed animation backgrounds for 'Season one' of the new "Creepshow TV series", airing on 'Shudder' streaming network and on AMC cable network.

Phil has worked in all traditional media, but his media of choice is watercolor or acrylic, applying traditional techniques as well as airbrush.  His working style ranges from cartoon to photo-realism including various other styles 'in-between'.

He has garnered numerous awards for his work in both film and illustration, and has been inducted into two halls of fame.